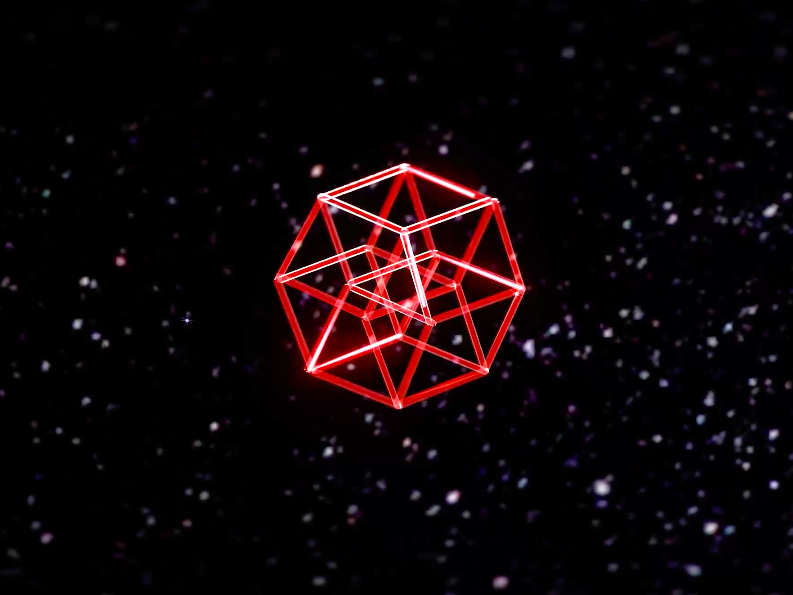 Bogazici Ventures, which stands out with investments in domestic technologies within the entrepreneurship ecosystem, takes a step into popular NFT works and digital art as new areas of investment after fintech, health, security, and gaming. Boğaziçi Ventures takes a decision to support digital artworks, which have made significant progress in the last 2 years and are rapidly developed within the NFT ecosystem.

The “HyperCube” collection was created by award-winning artist Özge Topçu and started to be exhibited online as of February 9th within the scope of Boğaziçi Ventures’ first BV NFT investment project. The collection includes the red, gray, midnight blue, green, and yellow colored versions of the hypercubes in 10 editions, each with 5 different angles. The magical historical and geographical journey of star motifs that have inspired artists for thousands of years is transformed into four-dimensional cubes and narrated by videos in the VR environment with the music composed by Omni Ferah Fezad.

“We will support Turkish artists”

In his remarks at the online launch of the “HyperCube” NFT collection, Agah Uğur, Chairman of Boğaziçi Ventures, stated that they have applied their knowledge and experience in the domains of digital gaming and digital asset management to the digital art and startups of Turkish artists. Uğur also noted that Boğaziçi Ventures aims to create sustainable economic value in the NFT market for the arts ecosystem and investors in Turkey.

“We plan to invest in startups that challenge traditional industries and have the potential to develop evolutionary technologies and to attract investors to these areas in order to ensure the robust growth of the ecosystem in our region. Focusing on different tech verticals with its 4 separate funds and 3 separate companies, Boğaziçi Ventures adds digital art to the main investment areas of fintech, health technologies, digital gaming, and digital assets. Our company added digital art to its investment portfolio in line with its goals and we will primarily support Turkish artists’ projects that aim to create stories reflecting Turkish motifs and culture. We will create special series together with artists working in this field. We will also contribute to the technological needs and promotions of artists.”

“A historical and geographical journey”

Özge Topçu continues her art life in Lisbon, London, and Istanbul, and states that she used 5 different thematic colors that symbolize the values represented by Boğaziçi Ventures in the limited series “HyperCube” NFT project. Topçu stated that she created a project that aims to demonstrate how the ancient cultural heritage can serve as the backbone of today’s technology and the future.

“This work shows how modern technology has shaped the present just as high-level geometry pioneered science and art in ancient civilizations. The form of the cubes consists of the star motifs developed around 1000 years ago and used in architecture and decoration. The Hybercupe NFT Series consists of cubes in five different colors in motion in space. All colors represent the values of Boğaziçi Ventures. The colors are not the only distinction in the artwork. The illusions created by rotation reveal more than a cube in each work and many different images appear.
Witnessing the historical and geographical circular journey of the last few thousand years, these motifs correspond to 4-dimensional analogies and envisagement of celestial bodies. The overlapping perspectives and images in the artwork contextualize the current period where the truth, reality, and facts pale into insignificance.”

Boğaziçi Ventures HyperCube NFT series consists of 255 pieces in total, together with the Rare collection of 5 works. The series will be released on February 9 for the company’s investors, and only 50 NFTs will be offered for sale on February 10. BV Hypercube series is one of the rare collections specially supported by Solana’s “Solsea” platform, one of the world’s leading blockchain protocols, and can be seen on www.bogaziciventures.com and https://solsea.io/.

She was born in Turkey. She lives and creates artworks in Lisbon and London. She graduated from Yıldız Technical University, Faculty of Arts and Design, Combined Arts Program in 2014 with an Honorary Student degree. Then she attended the Master’s program at Marmara University, Faculty of Fine Arts. Following her graduation from the Painting Department, she continued her education at Burg Giebchischenstein Kunsthochschule Halle in Germany.

Her approach in her works is based on the artificial construction of contemporary world systems and how the absolute reliability of this construction affects people. In this new installation, which aims to question the credibility of the tools of modernism, she deals with the concepts of family-individual-national identity construction as well as architectural propaganda and interprets them in contexts, spaces, and places.